It’s About Time People Took Responsibility For Their Driving 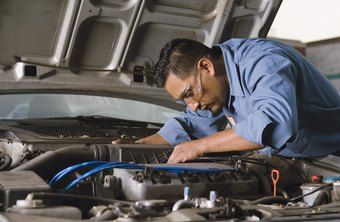 I was sitting in a local coffee spot the other day reading the paper when I heard a group of men talking about all of the woes that they have suffered as it sounded like one of them recently received a traffic ticket. I took a quick peak over my shoulder as the whining and moaning took on momentum and soon everyone was lamenting about the “tax grab” and that “the police weren’t out catching real criminals.” “They must have something better to do than picking on the poor little fellows.”

It took me all of the inner strength that I could muster to not turn around and bring them a little piece of reality. The reality that I learned as a police officer who ran radar, responded to traffic collisions and helped EMS load people into ambulances and the funeral director’s car. Memories of times that wives and kids were bundled up in the back of my patrol car so they would not see the horrific injuries that their husband and father had suffered. I would tell them that everything would be alright.

I will concede that most drivers are not bad drivers. However at the time that they are pulled over for what they consider to be a minor indiscretion or a rare instance of poor judgement is just the required wake-up call that at the time those drivers made a poor choice. Perhaps it was fortunate that there was not a large truck that was not able to stop and turn their car into a twisted mass of metal. The driver could be upset that they got a ticket when they believe that a warning would have served the purpose. After all they have a perfect driving record.

As a former police officer I cannot recall the number of times that I have witnessed the near misses that could have been a fatality collision for a driver with a perfect record. A perfect driving record that would have been carried with them to their grave.

Sorry Folks, the police did not have any influence on you when you decided to push down on the gas or not stop at that intersection that the semi trailer went by like a charging locomotive. It was your decision and your decision alone that caused you to be in the situation that you are. Don’t blame that the sun was in your eyes or you were just going with the flow. Yes, I may have heard of you and yes, I remember that I did take a traffic accident report last year. And didn’t that collision happen at an intersection also? Is there a pattern of poor driving decisions here? Time to take the medicine like a man and pay the piper. Perhaps it is more fitting to pay for a lawyer to represent you rather than the funeral director to look after the result of your driving.

Today there are too many people who glance over the news reports about the many victims of crashes along our roadways. The information is not significant until it is them or one of their loved ones who is maimed and disabled in a wreck. Every person who is injured in a crash is “one of the little guys.” One of the common themes is that someone or something else is always to blame rather than taking responsibility for the fact that they somehow messed up. Often “the real criminals” are the drivers who drive oblivious to the fact that they are a traffic accident waiting to happen. And your police officer is the person that today’s society puts in the hot seat of being the bad guy and the driving critic. The traffic cop is as hated as the tax man as he is the one who takes the hard earned cash out of your pocket. Your driving choice has the potential to have you choose between casket and ticket.

It is unfortunate that any of those gentlemen at the coffee table had to cough up a few bucks for a fine or a lawyer… it could have been much worse. They could be gathered at the cemetery instead. I know this because I also grew up as a son of a funeral director who saw the grief of far too many families. Now is the time to “man up” behind the wheel of that car and live that long ticket free life.