Lessons Learned From a Review of Three Motor Vehicle Cases 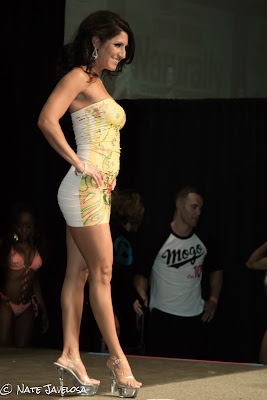 Attorneys experienced in handling motor vehicle accident cases understand that each case brings with it its own unique circumstances and challenges. Below we examine three different cases to see what lessons can be learned from them.

In this case involving a motor vehicle accident, while his view of a stop sign was obstructed by a truck that was parked in a no-parking zone, a driver from a local Pizzeria failed to stop the a stop sign. Entering the intersection, he broad-sided another car. The driver of that car sustained left-hand nerve damage, and herniated discs in both his neck and lower back. He had to undergo a total of four surgeries for his neck and back and an additional surgery for his arm. He was not able to play sports, something he had previously greatly enjoyed, after the accident. The law firm that handled this case reported a combined settlement in the amount of $900,000 from the driver, the owners of the truck, and the pizzeria.

In this case, a driver lost control of her car, crossed lanes, and hit a car coming in the opposite direction in a head-on collision. As a result of the accident, the driver of the car that was hit sustained injuries to both her cervical and lumbar discs, and tore both the lateral and medial menisci of her right knee. She required surgery for her knee injury. The report of this case indicated that the case went to trial and the jury returned a verdict of $625,000. The defendant’s insurance policy had a liability limit of only $100,000.

In this case a defect on the road caused the motor vehicle accident. The problem was a deep rutting on the side of the road’s shoulder. As a young teenage driver was traveling down the road he was hit head on by a driver coming in the opposite direction who went off the shoulder, lost control of the SUV because of the deep rut, and overcorrected. As a result of being hit head on by the SUV, the teenage boy suffered severe orthopaedic leg injuries. The law firm that handled this case reported that a settlement was reached with the City for the failure to maintain the shoulder in a safe manner. The amount of the settlement was $900,000.00.

The first lesson to draw from these cases is that it is important to look for all possible liable parties. In two of the cases above we not only have drivers who were negligent in the operation of their vehicles, we also had others who created the circumstances that resulted in the accident. In case 1, there was a truck parked in a no parking zone that blocked a stop sign. In case 2, there was a road that was maintained negligently by the City.

The third lesson is that injuries from motor vehicle accidents can have severe, even devastating long-term consequences. These can include permanent disabilities, the need for expensive medical treatment, the loss of time from work or even an inability to continue working altogether, and life-long pain.

The fourth and final lesson is that one should always carry enough uninsured and underinsured coverage under one’s own policy to cover possible serious permanent injuries. Taking out additional insurance to cover substantial damages is only marginally more expensive than taking out basic coverage. Too many people are just not properly insured in case the other driver has insufficient insurance.

An experienced motor vehicle accident attorney will treat each case as unique, will calculate an appropriate value for the case, and will look to all sources of potential recovery.