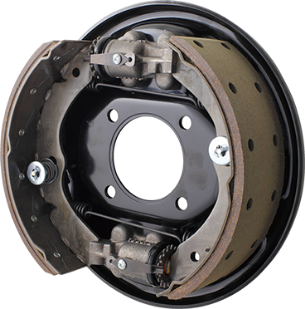 When reading about driving safety issues on the blogosphere, one commonly seen sentiment among disgruntled drivers who have received a ticket seems to be; “Why aren’t the police out trying to catch real criminals instead of wasting their time giving out tickets to good honest working people?” Having seen and heard this comment often, I thought it might be interesting to compare the rate of violent crimes to the rate of traffic fatalities in the US.

There are two federal government data bases, both based on data supplied by local and state law enforcement agencies, where the rates can be compared. One is the Federal Bureau of Investigation’s (FBI) annual Uniform Crime Reports and the other is the National Highway Traffic Safety Administration’s (NHTSA) annual Traffic Safety Facts. Since it is still relatively early in the year, the last full year that both agencies have data on is 2008.

One encouraging statistic is that both the highway death rate and the murder rate were lower in 2008 than in the year before however that fact doesn’t give much solace to the families of the victims in either case.

According to the FBI’s data on the murder rate in the US:

89.4 percent of the murders that occurred in the United States in 2008 were within Metropolitan Statistical Areas, 6.3 percent were in nonmetropolitan counties, and the remainder (4.3 percent) occurred in cities outside metropolitan areas.

Attempts to murder or assault to murder, are scored as aggravated assaults.

According to NHTSA’s 2008 Traffic Safety Facts:

In 2006, motor vehicle crashes were the leading cause of death for every age from 3 through 34.

These rates require a closer comparison:

16,272 people were murdered in the US compared to 37,261 people killed in motor vehicle crashes.

834,885 people were the victims of aggravated assault in the US compared to 2,346,000 people who were injured in motor vehicle crashes.

774 murder victims were under the age of 18 compared to 1,347 children aged 14 and under killed in motor vehicle crashes.

See also  You Can Buy Out a Car Lease

In 2008, a person was murdered approximately every 32.3 minutes in the US compared to a person dying on the road every 14 minutes.

In 2008, speeding was a contributing factor in 31 percent of all fatal crashes, and 11,674 lives were lost in speeding-related crashes.

Which crime is easier for the police to enforce, traffic offenses, where the perpetrator is easily identified and can be stopped before a tragedy occurs or murders that normally take place behind closed doors and where the victim is often acquainted with the murderer?