How to Choose a Vehicle For Your Teen Driver 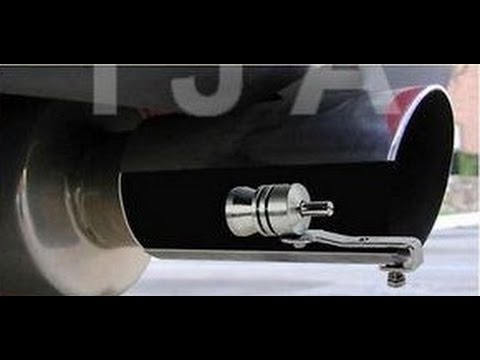 A small, sporty vehicle might be exactly what your teen wants – but it’s also the most dangerous for your teen to drive. The sense of invincibility and impulsive, risky behavior characteristic of many teens is just one of the reasons you’ll want to select a different type of vehicle when the time comes.

Whatever vehicle your teen drives, the first years after licensure are high-risk. In fact, teen drivers have the highest death rates in car crashes of any age group. Motor vehicle crashes are the number one cause of death among Americans aged 15-20. In addition to the teenage drivers who are killed, 64% of the 13-19 year-olds who die as passengers are killed when a teen driver is behind the wheel (which means that you should also take an interest in what your teen’s friends are driving).

And some cars are simply more deadly than others. According to the Insurance Institute for Highway Safety, small sports cars such as the Ford Mustang, the Chevrolet Corvette, and the Pontiac Sunfire have the highest death rates in crashes.

Ask your teen to join you in checking out insurance rates for the vehicle she or he wants. Explain that adding the teen to your policy will raise your rates no matter what she or he is driving, but the rates are much higher for vehicles considered high-risk.

Some parents, swinging to the other end of the pendulum, think an ancient clunker shaped like a tank would be safest for their teens. But experts demur, for two main reasons. First, the poor acceleration power of an older vehicle both makes it more difficult for teens to accelerate in some driving situations, such as lane changes and highway merges, and tempts them to simply drive faster to make up the difference in accelerating power. Second, older vehicles don’t have the benefit of modern safety features, such as airbags and electronic stability control.

See also  The Best Spares For Your SUV Available Online

So, with these two vehicle types out of the question, how do you select a safe car for your child?

First, consider size. A mid- or larger-size car could mean the difference between life and death in a crash. Though that’s true for drivers and passengers of all ages, it’s especially true for teens because of the high likelihood of driver error, which often leads to a crash.

Former National Highway Traffic Safety Administration chief Jeffrey Runge, a former emergency room physician, recommends vehicles weighing at least 3,300 pounds for teen drivers. This is a good guideline for parents who are unsure of which vehicle class to shop in for their teen’s car.

Some parents decide a very large vehicle is best and buy an SUV for their teens to drive. However, most safety experts think this is a mistake, for three reasons. SUVs have a high center of gravity and thus are more likely to roll over than other vehicles. Drivers aged 16 to 20 are more than twice as likely to be involved in a rollover in an SUV than older drivers. Second, SUVs can be challenging to handle in an emergency, making them a better choice for those with more driving experience than teens. And SUVs carry more passengers, which make the vehicle more unstable and can be highly distracting for a teen driver.

Crash protection is another important consideration in the selection of a vehicle for your child. Unfortunately, your teen might be involved in a crash despite your best efforts to prevent it. You want the best collision protection possible if that occurs. Here are some of the safety options to consider.

See also  Exporting From the USA to Belgium

Vehicles with side airbags that protect the head and chest in addition to front driver and passenger side airbags should be considered. You’ll have to do some research, because not all car manufacturers approach this the same way. Your budget may influence your choices, since some airbags, especially the side-curtain type, are optional in many cars.

Research electronic stability control as well, which may be called different things by different manufacturers. This feature helps drivers maintain control of their vehicles during extreme steering maneuvers. Many teens overcorrect in emergency driving situations, so it may be well worth it.

Anti-lock brakes (ABS) also allow a driver to maintain control of the steering during emergency braking situations. In a driving emergency, your teen will need to know how to use anti-lock brakes for maximum benefit – hit the brakes hard and don’t let up. The pulsing vibration you feel means the ABS are working; some drivers instinctively let up on the brake when they feel it, so it’s important for your teen to practice not letting up on the brake so he or she will do the right thing in an emergency situation.

And don’t forget the basics. Seat belts are standard in every vehicle – make sure your teen wears them on every trip. Be sure to check the tires, headlights, and taillights regularly to make certain they’re in good working condition.

Lastly, when buying a car for your teen, realize that you are entering a new era of driver training. Teen drivers are typically very excited about driving and are often overconfident about their driving abilities. Be sure to train them in the vehicle you choose. Let your teen get familiar with the new vehicle while you ride along. Check up on them frequently. Familiarize yourself with the graduated driver licensing program and ensure that your teen follows the rules. Require that your young driver demonstrate responsible behavior and meet experience requirements in diverse road conditions before heading out on the road alone. Sign a contract to make sure your teen explicitly understands your requirements.